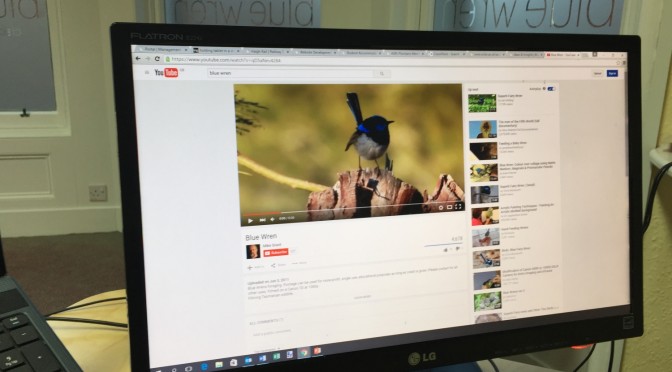 YouTube was ten years old this month and, believe it or not, there are over 300 hours of footage uploaded to this video sharing hotspot every single minute!

So just exactly how do you pick your favourite with over hundreds of millions of videos to choose from?

This is Phil’s best pick – the cat that is the absolute epitome of a thug. As well as being a gangster, he’s gone viral. Not bad for a seemingly cuddly household pet.

Ella’s first choice is a old favourite sure to remind many of you of those high school days when you just couldn’t get the mysterious ticking tune out of your head. The Potter Puppet Pals have starred in various videos since but none will ever top the original!

There’s no other way to describe it, Iain’s pick for his favourite YouTube video is just plain funny, even inspiring the quote “I HOPE YOU LIKE PAIN!” – it’s not hard to see why either.

Ella’s confesses that even though her second choice might just be the most annoying video ever, Fred (AKA Lucas Cruikshank) achieved huge success off the back of this, making three films and even finding his channel as the most subscribed to on YouTube.

Here’s Pete’s firm favourite and the rest of us are quite stumped as to why. Our best guess is that he really likes Shia LaBeouf perhaps?

Tom’s best pick and uniquely described as pure madness in a 30 second advert. Considering that it begins with a guy innocently returning home with his date and suggesting a bite to eat, it descends to levels you can’t possibly imagine. Walls, we salute you.

And finally, our picks just wouldn’t be complete without this next video. With over 800 million views, Charlie Bit My Finger – Again is the seventh most watched video on the whole of YouTube, only overtaken by music videos including the mighty Gangnam Style. It’s still cute no mater how many times you watch it.

Hold on, there’s just time for one more. We hope you enjoyed our roundup of our favourite YouTube videos from the past ten years and that they’ve hit a nostalgic spot for you, but we’re going to leave you with this (apologies in advance)…